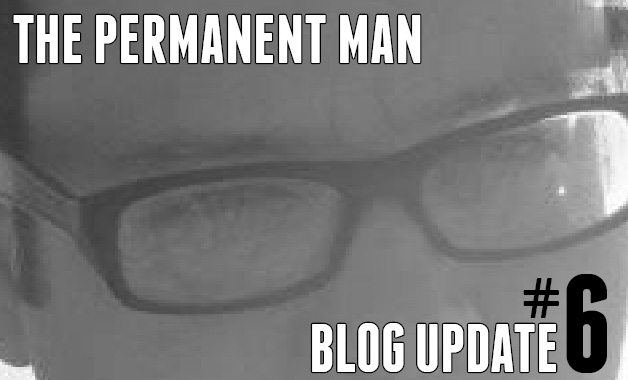 I've finished the first four episodes in The Permanent Man. I've also started the fifth episode. During this time, I have learned quite a bit. I finished reading two books, The Screenwriter's Workbook by Syd Field and Writing to the Point by Algis Budrys. Both of these books had some great information on constructing a story, and I'm going to use what I learned as I write the fifth episode and beyond. I imagine that once I complete all thirteen episodes, I might go back to the first four and see if I've learned anything that will improve those stories.

I've also had some extra time in the past couple of weeks (I won't soon, my third child is due any day now). So I have come up with a template for the covers of each episode. The template is below and in black and white. The Episode, Title, and Byline will all be colored the same. The background color will also change, often to complement the image used.

This cover gives me a good interchangeable design. I can easily update it to work for each episode, but still maintain an overall theme that makes it recognizable.

I'd love to hear your thoughts on the cover. Feel free to comment on it below. 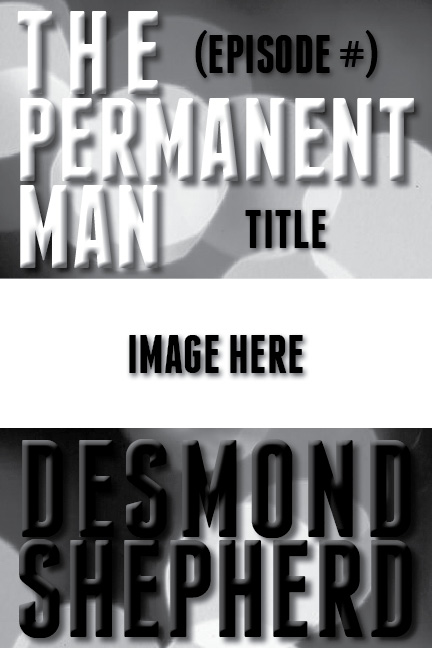 Desmond Shepherd has written several novels including Fram Gage, Futan Vice, and Imaginary Me. His upcoming project, The Permanent Man, is scheduled to release November 12, 2013 and is his most ambitious work yet. Every Tuesday, right here on The Time Capsule, he will release details about his journey in writing the stories.

He's also expecting his third child within a couple months, so you can expect possible delays in his blog posts and even the release date for The Permanent Man, but he's going to do whatever he can to avoid that.