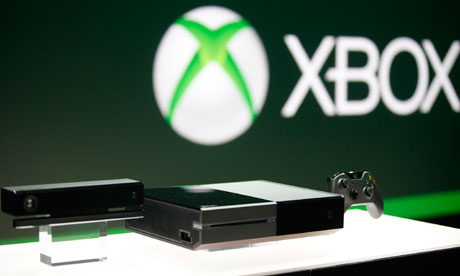 Update: Literally minutes after posting this, a rumor surfaced that Microsoft may be announcing the removal of DRM and online check-ins for the Xbox One. It turns out this is true and everything I wrote below is rubbish.

All of the video game world (well those who live and breathe it at least) could not overlook the DRM issues involving the release of the Xbox One coming this holiday. Now that the dust has settled on exactly what is going on with the Xbox One, here is my take on things.


It used to be that people could expect to buy their disc-based games used or trade them in for credit to get new or used games cheaper. But the Xbox One has some new policies that prevent this from being so easy. They've given publishers the right to block the resale of used games. But if it isn't blocked, you'll have to use an authorized retailer to do it.

Personally, I don't care about this. I don't buy used games or trade them in. But some people do, and they have a right to complain about this right being taken from them.

The other issue has to do with the online check. Unlike the Xbox 360, the Xbox One will require your console to check-in at least once every 24 hours to ensure you have the rights to play the game you're playing.

This again is an anti-customer decision. They don't trust their user base to play fair. Another right is taken away.

The complaints I'm reading online are certainly valid. What if you don't have high speed internet? What if you can't get it? What if your internet connection goes out?

There are other issues with the DRM, but I'm not going to go into explaining those. You can search the Internet and find plenty of articles about that.

This article is about why I think Microsoft is doing all of this DRM stuff. I don't believe for a moment it is to ensure no pirated copies of games become available. They know for a certainty that when people buy a physical copy of something (even if it is digital and has to be installed) they expect to do what they want with it.

So why add the DRM?

Microsoft is a digital company. Like other technology companies, they know the Internet is where things continue to go and grow. That's why there is all this talk about "The Cloud" from everyone and their mother, even Comcast.

But the mentality for console games, despite what the Xbox 360 and PS3 have accomplished in the digital download realm, is that physical discs are owned by the consumer. They have the right to do whatever they want with it.

Microsoft probably wanted to release a download only console. Something along the lines of the OnLive system even. But the general console gaming population isn't ready for this. That is too quick a jump. It took the PC population a number of years to make that transition, consoles would have to be a harder sell.

To bridge this gap, the Xbox One comes with these policies to transition people to Cloud based gaming. Be that digital downloads of games or streaming of games. In both of those instances, you might purchase the game, but you never really own it. You can't loan it out. You can't buy it used. You can't trade it in.

And you know what? People don't expect to do that with a digital download. Why? Because we've been trained that that is just the way things are. We accept it.

So, the Xbox One requires an online check-in. Of course it does! Without it, how can you get people to use all the Cloud based services of the console? They must have an internet connection. This explains why Don Mattrick said that people who don't have an internet connection should get a 360. These two consoles are going to coexist, with the Xbox One paving the way for a digital world.

Microsoft has to keep retailers happy, too. So making the Xbox One purely digital with no physical copies of games would hurt relationships. Instead, the policies they've put in place make sure retailers promise to stock their games.

But they have another covert motive.

With all of the hassle of buying the physical copy of a game, wouldn't it just be easier to log on to Xbox Live and buy the game there?

Of course it would. You have the exact same restrictions and freedoms with the digital copy and physical copy.

And who wins if you do that?

Microsoft, of course. Not only because they get your money directly but they also will help people transition their thinking on console games to make a digital only platform more acceptable. So not only Microsoft will benefit, but Sony could, too, without having to be the bad guy. Nintendo even has a chance.

Other forms of media that have gone digital haven't had this issue to the same degree. Music did it first, catapulting to crazy realms in the late 90's and early 00's with Napster. Once everything settled on that, we see that most people download their music, even stream it on subscription services like Spotify. Movies and TV shows have gone the same route, with Amazon, Netflix, and others offering a la carte or subscription services.

Even books have gone this route. While paper still reigns supreme overall, people now download eBooks in droves. Oh how I wish all of them were downloading mine. ;)

Will these policies and way of doing things hurt sales of the Xbox One had they not been there? Most likely. But I've followed the Xbox since its inception, and I have to say, Microsoft is always thinking 5-10 years out. They're preparing and paving a path, taking a risk and gamble at what they expect the future to be for games and entertainment in general.

While I think the Xbox One sales will be slow to start, like the 360 they will see there prime many years down the road. Assuming Microsoft's Cloud and Xbox One are properly prepped for the future, you could see the Xbox One have a very happy and healthy life.

So the DRM policies, in my opinion, are more about transitioning people's thinking to a digital console world than they are about controlling what the customer can do. It's the world we can expect for all forms of digital information in a decade, but people have to be taught to accept it.