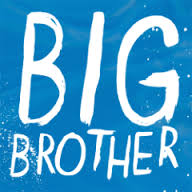 When it comes to reality television, there isn't much that I like. But there are two shows that keep me interested. They are Survivor and Big Brother.

Big Brother might come as a surprise to many people that know me or read my books. On the surface, it seems like a shallow show about people in a house and moping around. But really, the competition and strategy involved is the best out there, even when compared to Survivor. I think this has to do with the length of time the competition happens and all the switches in strategy and alliances that occur because people are living in close quarters.

Each summer, it makes for loads of fun. Fun where I imagine myself being a part of the competition. Who would I align with? What would I do? Could I win?

Big Brother is now in its 15th season on CBS. And this season has done something to really stir the pot.
Many of the houseguests have made racist, homophobic, and misogynistic remarks during the live feeds of the show. While these haven't been shown during the actual airings on CBS (shame on you for hiding the truth), the remarks of Aaryn and Gina Marie have already cost them their jobs. I'm sure Spencer isn't far behind in this regard.

I won't go into details about what they said. Plenty of other sites, including CNN, are reporting on these things. Many fans are up in arms, asking for the houseguests to be booted from the show. Some fans are boycotting the show.

On top of this, the live feed of this week's Head of Household competition (whoever wins is safe from eviction until the following week) shows Jeremy and Aaryn handing off cups of BBQ Sauce when the host, Julie Chen, clearly stated they were to pour the sauce into the cups as they transfer them to a large jar, filling it to win. Jeremy and Aaryn won the competition, despite cheating and proceeding to mention they cheated later on the live feeds. CBS never withdrew their win (shame on you again). The HOH Cheating video on YouTube shows it all.


All these scandals are rightly getting press, but for me, as a fan of Big Brother, it's doing something I hate.

It's taking away the strategy and competition. The focus of the show is being lost.

What's worse is that no one is standing up to it. Nobody is telling them this isn't right. Of course, when they leave the show, they'll face many consequences for their actions. But I'd like to see it happen from within. The other houseguests don't need to tolerate this, even if CBS will. Instead of wondering how I would strategize on the show, I find myself wondering how I would confront these people on their obscene behavior.

Ultimately, these people have ruined the show for me. Their hatred and prejudice is fueling their strategy, and that's no strategy at all. The fun of watching smart minds go far in this game has all but disappeared. It has turned into a shallow show of people moping around, and worse, making racial, homophobic, and misogynistic remarks to one another. CBS might be getting extra press and maybe viewers on the live feed for their casting decisions, but in the end, they've ruined the game that is so fun to watch.

Here's hoping something gets fixed, and soon, so things can get back to the way they should be on Big Brother.