The Permanent Man Blog #11 - The Story 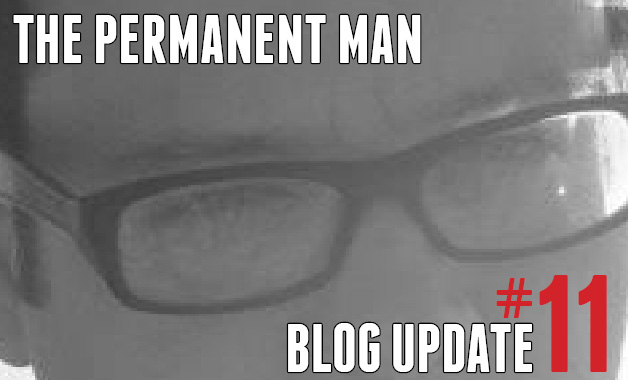 Previously, I talked about the first two components that will make up The Permanent Man. These were The Recap, The Tease and The Title (or Introduction).

The next element of the episodes would be the story. This is the meat of the book. You've been hooked, now it's time for you to see the story through to its conclusion.


Most writers of short stories or novelettes approach their stories from start to finish in one piece. Sometimes you'll see breaks in the story, signaled by something like a return space then three asterisks centered followed by a return and a new paragraph. Other times the story might take place within one scene and without any breaks.

The asterisks help readers understand they're heading into a new scene of the story or time has passed since the last scene ended. While this works for short stories, I feel they have a negative impact for episodic short stories.

I came to this conclusion while reading the episodic series The Human Division. John Scalzi writes these stories well. And they are fun. But each story felt incomplete. Like a smaller part of a greater whole. Which can be done and is fine. But I felt like this was at the expense of the individual story. It's why I think many people would call each episode of the series a "chapter" of the novel.

For The Permanent Man episodes, I will give these short stories a novel feel. That means between each scene or passage of time, instead of the asterisks, each scene will have a chapter number. I know, a novel idea, right?

It is a novel idea, frankly. While the stories will be short, breaking them up in this way will help the reader feel complete at the end of each episode. It won't be a "chapter" of a novel because the story has chapters already.

In general, there will be anywhere from 7 to 11 chapters. Word length doesn't matter to me. I'm writing the story to it's completion. When it's done, it's done. Currently, I've written seven episodes. None of those episodes have filler to meet a certain word count. They have the story and only the story.

But what happens at the end of the story? What will make you come back for the next episode?