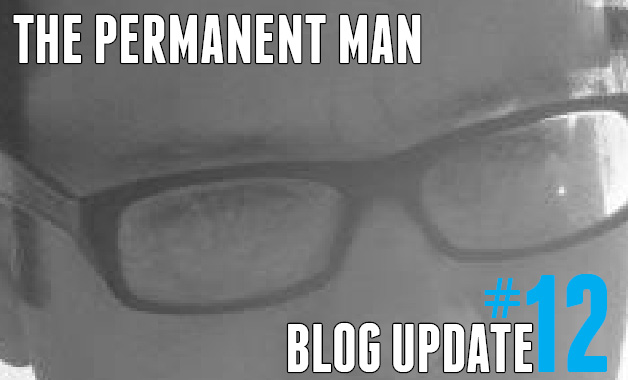 I'm currently writing episode nine of The Permanent Man. I'm trying to write an episode a week from here on out so I can have the season's first draft complete some time in August. Things are going good, and I'm finding that each episode presents itself well as I continue. One thing leads to another as I write the path toward the ending of season one.

I stumbled upon something interesting the other day. I did a search on "The Permanent Man" on Google.
The first item that populated in the list of results was an old CBS Radio show. It was part of a series called CBS Radio Mystery Theater. And the episode was called The Permanent Man.

I've listened to the program for entertainment purposes and to compare my rendering of The Permanent Man to something from over 30 years ago. It has a little Frankenstein feel to it. I enjoyed listening to it and couldn't help wondering if I could write radio scripts like this and publish them as podcasts. That would be pretty cool.

Another sweet thing about the program was that it contained an introductory news clip and advertisements throughout the episode. They are from the original broadcast in 1979. It's fascinating to listen to these and makes you appreciate how Marty McFly felt in Back to the Future.

I highly suggest you give CBS Radio Mystery Theater - The Permanent Man a listen.