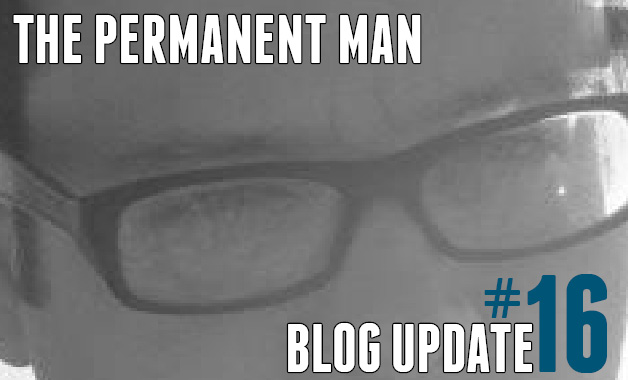 UPDATE #2: While my complaints below are still valid, I found a workaround that allows me to offer The Permanent Man on iTunes, and Barnes & Noble again ... and for pre-order.

UPADTE: The day after I posted this, Smashwords enabled a Series Manager function on their site. This allows authors to label their books as part of a series. Which makes the below complaint more valid and Smashwords' stance on serialized fiction quite confusing.

Everything has been going swimmingly with The Permanent Man series. I'm on pace to meet all my deadlines ahead of schedule, meaning each episode will release when intended.

But I hit a snag today. After successfully submitting four episodes to Smashwords and Smashwords accepting them for wider distribution to Apple and Barnes & Noble (which allow me to offer the episodes for pre-order), Smashwords has now asked me to unpublish everything I submitted. This includes episodes five through seven that I sent to them.

Because apparently, Smashwords doesn't accept serialized fiction. Mark Coker, the founder of Smashwords, wrote a blog about this and why it is the case. Among his reasons, it was that readers don't want unfinished works. All stories should have a beginning, middle, and end. The non-acceptance of serialized fiction leads me to think Smashwords assumes the writer is releasing the story in chapters that make up a novel.

The Permanent Man is not like this at all. I was very careful to make sure each episode can stand on its own. Granted, they do have a grander story arc that covers 13 episodes. And maybe this is Smashwords issue.

But don't trilogies do the same thing? Aren't they standalone stories with elements woven throughout each of the three novels that tie everything together, oftentimes reaching a single goal in the last novel that the first one initiated?

I think they are. In fact, that is serialized fiction in my opinion. And since it is such, that would require Smashwords to ask those authors to remove their books, including my Miscorrection Trilogy.

I'd like to know Mark's thoughts on John Scalzi's The Human Division. That is serialized fiction released on Amazon, iTunes, Barnes & Noble and other popular e-book retailers. Would he have accepted The Human Division on Smashwords if Scalzi self-published it?

It's a double standard.

Don't get me wrong, I believe they should prevent "serialized" fiction that is simply a chapter from a novel from being accepted. That would lack a complete story. But I do believe they should accept serialized fiction that has a story with a beginning, middle, and end. This policy of theirs is quite annoying, especially since they were accepting my books for distribution for the past month but suddenly stopped.

What does this mean for The Permanent Man?

I'll no longer be able to offer the episodes for pre-order on iTunes or Barnes & Noble. Also, the series will not be available at all on iTunes.

Mark Coker claims he doesn't want to be a gatekeeper. But that's exactly what he's doing with this policy.

I say, let the readers decide they don't want the serialized fiction, Mark. Not you.