Xbox One Day One Edition - I Remember When.... 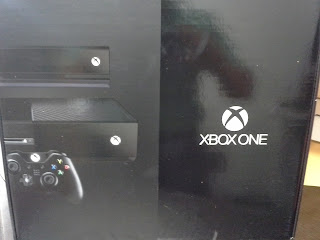 Eight years ago, I went out very early in the morning in hopes of snagging the then hot new console, Xbox 360. I stood in line at Circuit City (yes, that long ago) and was somewhere around 15th or 16th in line.

Unfortunately, they had about 11 Xbox 360s in stock, and I didn't get one. I then proceeded to go to Target, Best Buy, and online to find an Xbox 360.

Still, I was unsuccessful.

Black Friday approached and I thought for sure I could get one then. But alas, after standing in line at several stores, I had the same result from the previous week.

It wasn't until a month later that I finally picked up the console. I bought it on Circuit City's web site when they got a few in inventory. The stock sold out quickly, but my console finally arrived a few days later.

Fast forward to now, and the successor to the Xbox 360—titled Xbox One—is out today. Instead of waiting in line and searching all over the place, I pre-ordered the console (a smart thing to do by the way, especially with upcoming episodes of The Permanent Man coming out over the next several weeks (Hint: See book listings to the right and above)) and it arrived today. It's also a Day One edition console, which makes it even harder to acquire.

But times are different for me now. I barely have time to play video games. Don't get me wrong, I wish I still could. But three kids has an affect on the time for recreation. In addition to that, my firstborn son who was not even two at the time I bought the Xbox 360, plays video games way more then me. He's perfectly content with the games on the 360 as it is. His current obsession being Disney Infinity.

So why did I buy the console? Back in June, I thought I might play it. But I don't want to sacrifice my time writing fiction in order to play video games. I've considered selling it on eBay to make my money back. But my wife, in her loving and sympathetic way, suggested I keep it. She actually thinks the features of the box look cool.

It's up in the air right now as to what I will do. That being said, I still have my Xbox 360, and if you'd like to send me a friends request on it, feel free. My gamertag is dreamcast (and that's a whole 'nother part of my gaming history past).