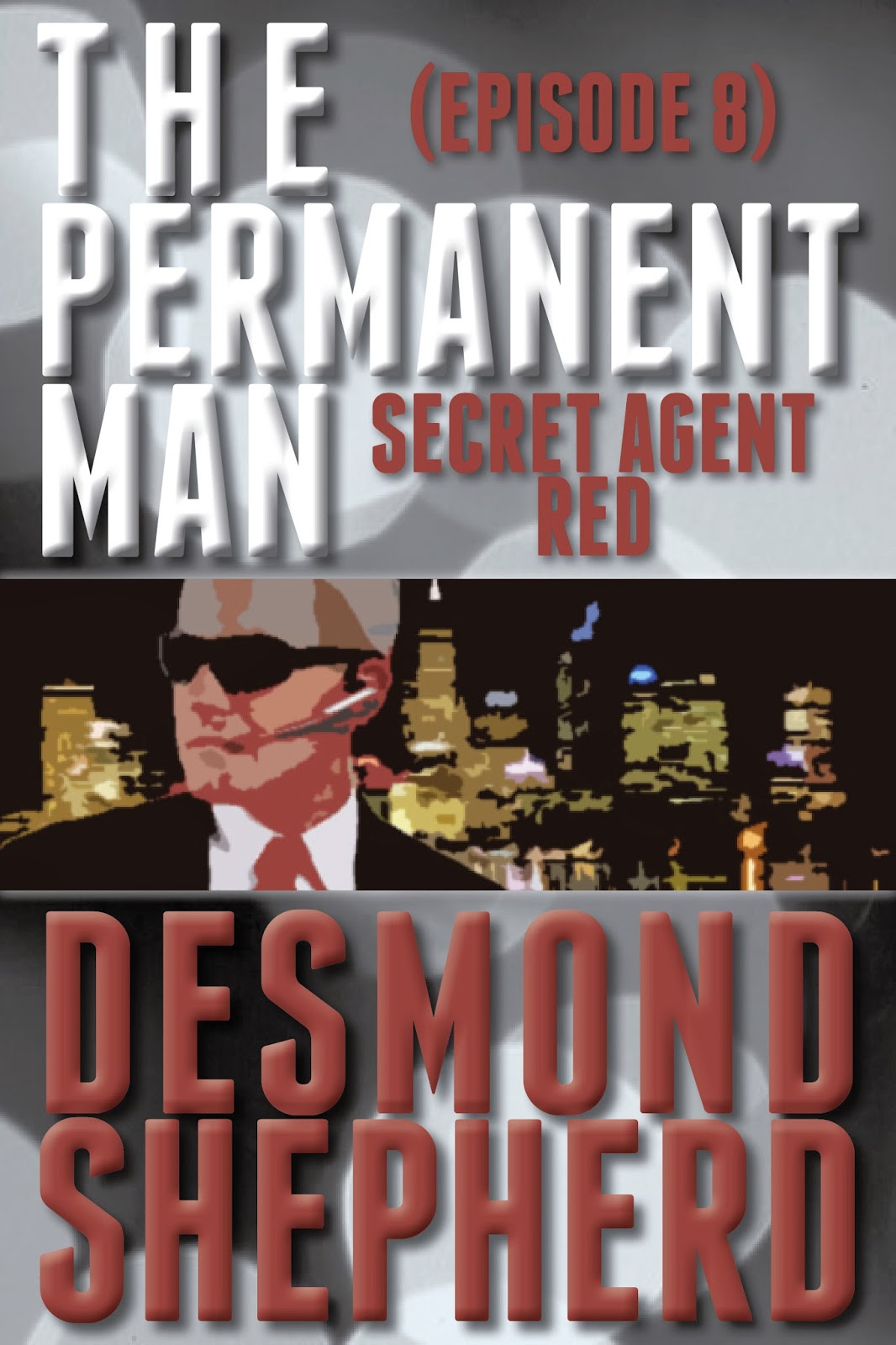 I'm going to dispense with the typical template post to announce a new episode of The Permanent Man. If you really like those, then check out the previous posts announcing each episode.

For this one, here's the blurb and the links for your copy. Enjoy!

The Permanent Man #8: Secret Agent Red: After his recent interaction with Dr. Blue, Agent Red suspects he’s hiding something. He decides to investigate the matter to uncover the truth. But what he discovers goes beyond his expectations and could lead him directly to the object of his obsession: The Permanent Man.