But I'm hopeful that won't happen, at least not until summer.

Some are dubbing this winter Snowmageddon, and I think the name is appropriate. I've experienced all of the above problems, along with damage to my home from these storms. Below is a little snippet of that experience. The tree in front of my property split in half last week on Wednesday morning during the freezing rain event we had. Other trees on my property experienced similar fates. That ice, along with the wet snow on the limbs from two days earlier, led to the destruction.


I know what you're thinking: At least the snowman made it out alive.

Well he did, losing only his left arm. But as the day wore on and the freezing rain warmed to plain ole rain, he began to droop sideways and tumble apart by the afternoon, ending his short two day life as the world's happiest snowman.

You see, snowmageddon is even affecting the snowmen around these parts. A week later and the tree looks like this. 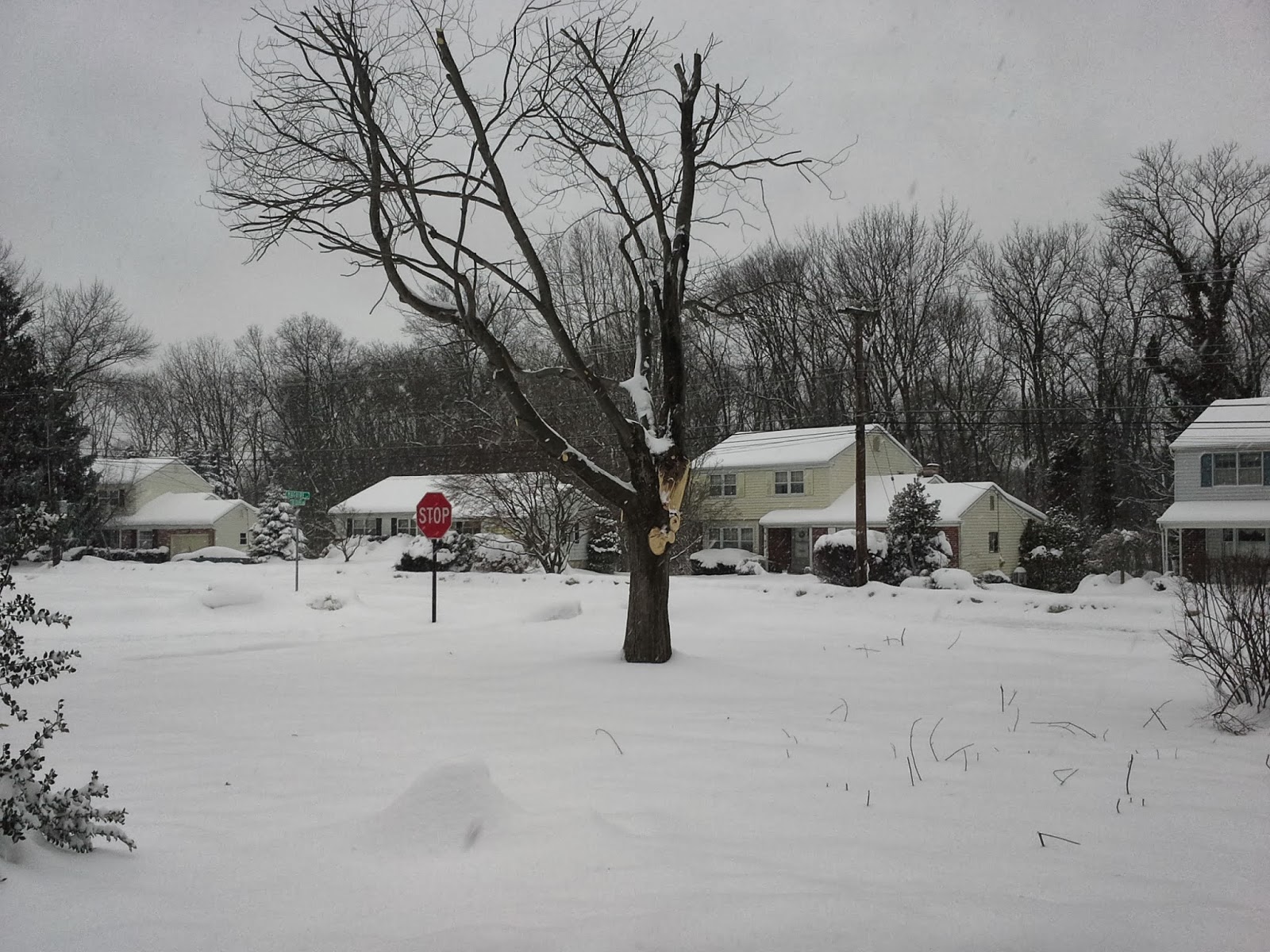 And now, another storm is hitting my area, looking to give us upwards of 14 inches of snow.

I love cold weather. I love snow. But even I've had enough of this winter. I look forward to the end of snowmageddon. The beginning of flowers blooming, grass turning green and needing to be cut. Trees (what's left of them) bearing leaves.

Let's just hope the warmer weather doesn't bring us a summageddon. Because I have no idea how to protect myself or property from fire and sulfur.

By the way, word has it Michael Bay is making the Snowmageddon movie, set to release in December 2014. Bruce Willis will star in it along with Ben Affleck and Liv Tyler. It's said the movie will be a bit better than last year's disaster Sharknado.