February 12, 2014
Almost a year ago, I envisioned a book series where I told the story similar to the way a weekly television series airs. I'll avoid going into the details of it as I've blogged about the process of writing it and the format extensively.

And so, The Permanent Man became a reality. Beginning on November 12, 2013 and running through to January 28, 2014, I "aired" a new episode of the series every Tuesday. It even had a double-length season finale similar to the two-hour finales that many television dramas do.

Continuing in that format, I'm happy to announce that the complete first season of The Permanent Man will be available in print and digital on April 8, 2014! The book will contain all 12 episodes of the season and will include bonus author commentary for each episode. The commentary highlights my writing process, points out interesting facts about decisions I made for the story, and even contains some spoilers.

In addition to this, buying the entire season comes with a discount. The single episodes all cost $0.99. If you purchased all of them by themselves, that would be nearly $12.00. But The Permanent Man - The Complete First Season will be only $9.99. It's like getting two episodes for free.

There's an even better deal on this though. If you pre-order the book in digital form any time between now and April 7, 2014, you can pick it up for only $7.99. That's 12 episodes and bonus author commentary all for the same cost as eight single episodes! Below are links where you can pre-order the book. 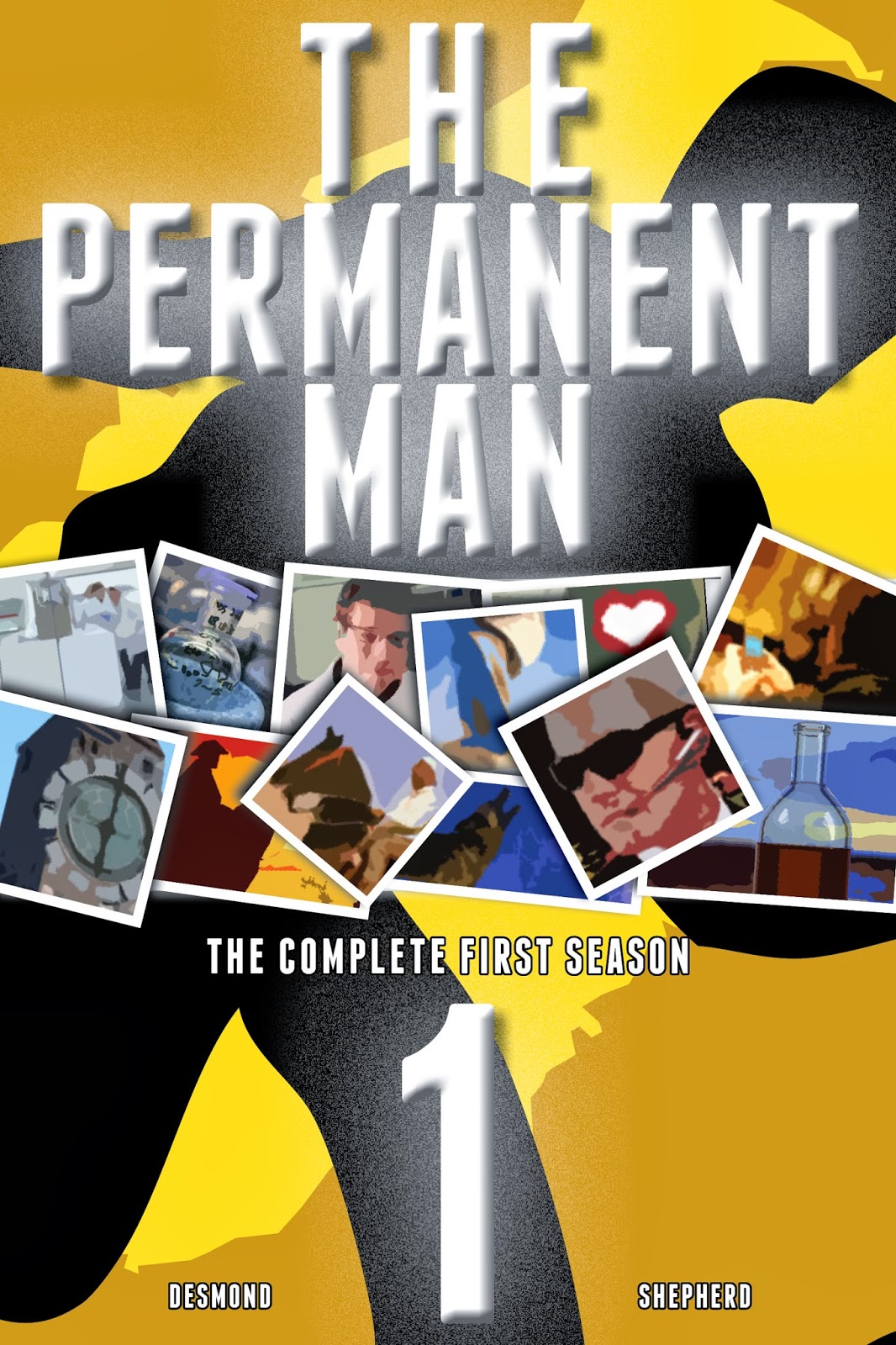 From Desmond Shepherd, author of Imaginary Me, comes the breakthrough adventure told in a serialized format. Private Investigator Patrick Hold’s life is turned upside down when a secret agency claims he is someone called the Permanent Man—a man incapable of dying. Fearful of what they want with him, Patrick attempts to escape, only to find himself catapulted back in time. With a pregnant wife waiting for him in the future, Patrick is determined to find his way home, even though all hope seems lost.From the exciting first episode to the action-packed finale, relive every detail of the first season of The Permanent Man. With all 12 episodes of the season and bonus commentary from the author that takes you behind the scenes of each episode, The Permanent Man - The Complete First Season is a real find.