August 19, 2014
Things are starting to take shape with the second season of The Permanent Man. It premieres on November 11, 2014. As I considered this upcoming season, I had to choose between using the same cover template as last season or making a new template.

I chose the latter to help differentiate the two seasons when browsing books online. Some of my decision processes for this season focused on different items. But I'm getting ahead of myself. Take a look at the cover below and read on for the changes I opted to make. 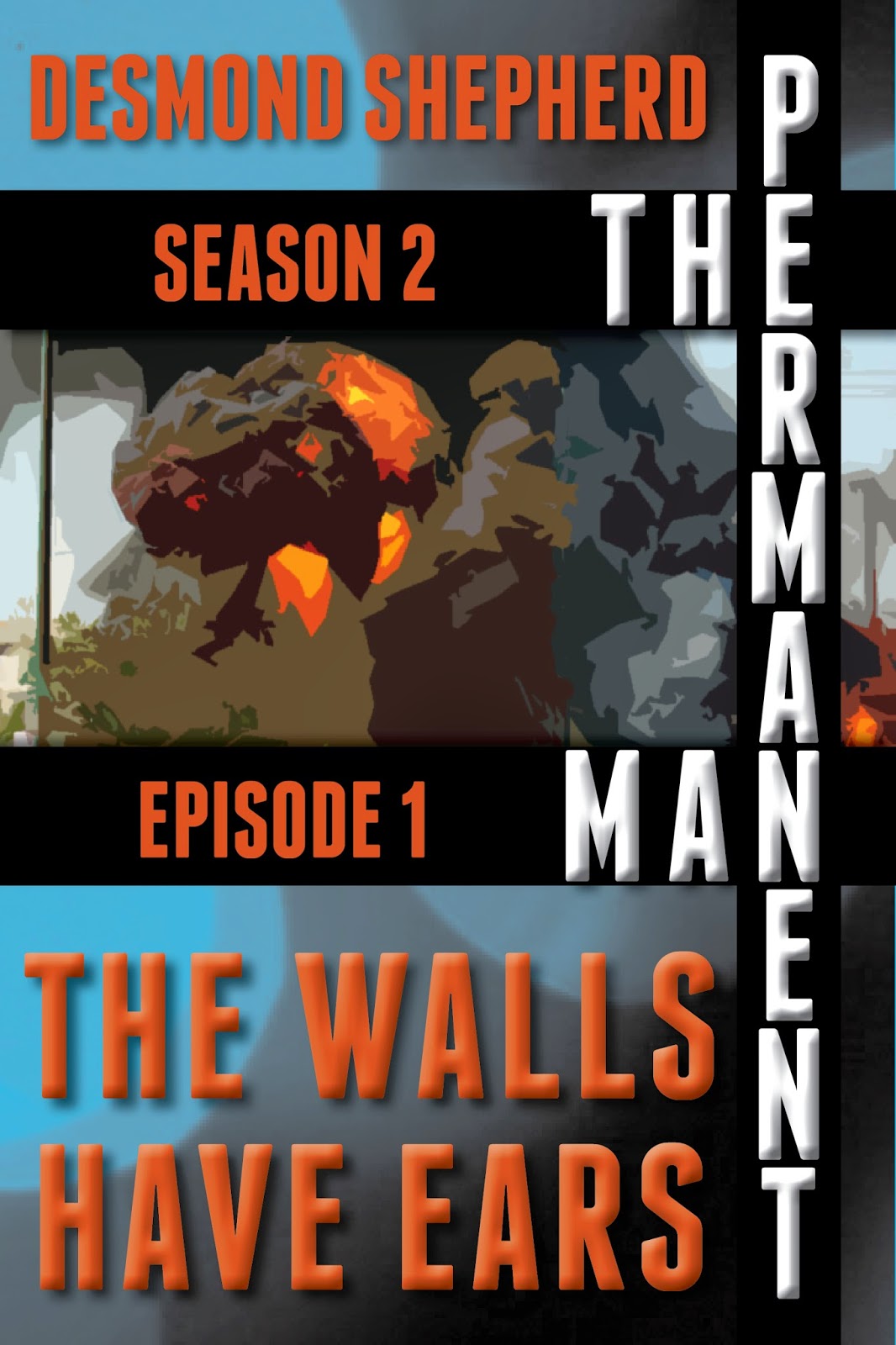 The first thing you'll notice compared to last season is that the series name is less prominent. Before, it stood out nice and big on the top of the cover. Now it's broken up on the right side with the words mixed together similar to a crossword puzzle. I did this because I wanted the episode's title to stand out more.

The episode title is now at the bottom, where previously I had my author name. It is the largest type on the cover. My author name is moved to the top, as I feel that's not as important with this being an episodic series. If you look at the box set cover for Season 1 that I did, I all but completely removed my name from the cover. I feel this gives it that television series feel you would get when browsing TV shows to watch on Amazon or Netflix.

I also had to decide how I would label the episode number. Would I continue the sequence by calling it Episode 13? Or would I separate the fact that it's a new season and start over at one? I again opted for the latter since I was also changing the look of the cover. So I list "Season 2" and "Episode #" on the cover. Because of this, I've also gone back and updated the Season 1 covers to say "Season 1 - Episode #".

Some things stayed the same though with small changes. The background image I used is the same from last season, though it is enlarged and rotated to be slightly different. And the artwork image effect I'm using is also the same, but this time it's a little larger.

So the cover is done, and on that note, I'd like to announce that the first episode is now available for pre-order on Amazon.com. You can pre-order your copy by clicking here.

So what do you think of the Season 2 Cover Template? I'd love to here your thoughts!