And the Audiobook Narrator Is....

By Desmond Shepherd February 13, 2020
As posted previously, I've been accepting auditions for an audiobook narrator for Imaginary Me. And today, I'm happy to announce who that narrator is!

After my wife and I listened to all the auditions and took into account the different things to think about when choosing a narrator, I decided to go with.... 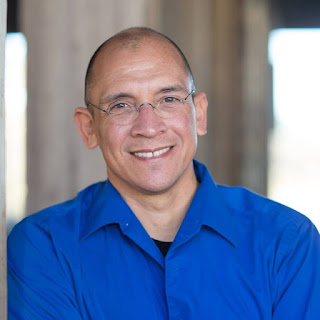 My wife says that the moment she heard Michel's voice she knew it was the voice to compare all other auditions to. Michel's rich baritone and ability to transform the characters from the page to her ears made listening to [the audition of] Imaginary Me so enjoyable. It is an emotional book and she feels his voice will be able to properly move listeners to feel what these characters are feeling.

I couldn't agree more. As I listened to his audition, I  was impressed with the voice acting ability; especially since the three small sections I provided for the audition reading were taken out of context. Michel's ability to understand the situation and properly voice the characters' sound and emotions was top notch.

Additionally, the sound quality of his audition was exactly what I like. It had a bassy sound to it and a soothing tone that I think will be perfect for the final book, allowing the listener to escape into the story.

I had some communication with Michel prior to choosing him and I liked the honest answers to questions I had for him. Though I never spoke verbally with him during the process, the emails conversations told me that I could work well with him and that he was respectful of my vision for what I want from the narration.

I'll add that Michel is one of the narrators I reached out to for an audition instead of him finding me. So it made me doubly happy that he responded with an audition and it was so great.

In the coming weeks, I'll highlight some more stuff about Michel, his recording studio and do an interview.

Things are moving along for the audiobook of Imaginary Me! I can't wait for it to be available for everyone to hear it!

You can check out more about Michel in my top audition post from last week.