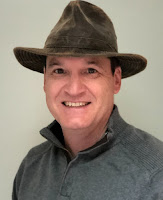 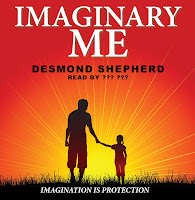 As previously posted, I'm turning my novel, Imaginary Me, into an audiobook for your ears to sniff up like a bouquet of flowers. But just note, this audiobook won't have any kind of smellovision effects. It's just audio. I'm using the flowers as a comparison to try to be a clever writer. Am I succeeding?

This week, I'm highlighting the top three auditions I received. All of these individuals could have narrated the book and I would've been happy. They were able to bring what I wrote to life and it was amazing to hear their interpretation of my story in just the little snippets I gave them to read.

In no particular order, this third audition I'd like to present to you is from Scott Ellis. His audition was full of energy that made it exciting to listen to! One thing he did that I really enjoyed was adding some sound effects to his reading that fit the scene. The partial audition below is a different sample than the other two auditions I've posted because I wanted to show you what I'm talking about. Below is some detail about Mr. Ellis along with the partial recording of his audition.

Bio: I have over 30 books on Audible.com and LOVE narrating audiobooks. I am easy to work with and enjoy building great relationships with authors and rights holders. I am a retired elementary school librarian and now a fulltime voice actor. I am also a musician and have a degree in Theatre.